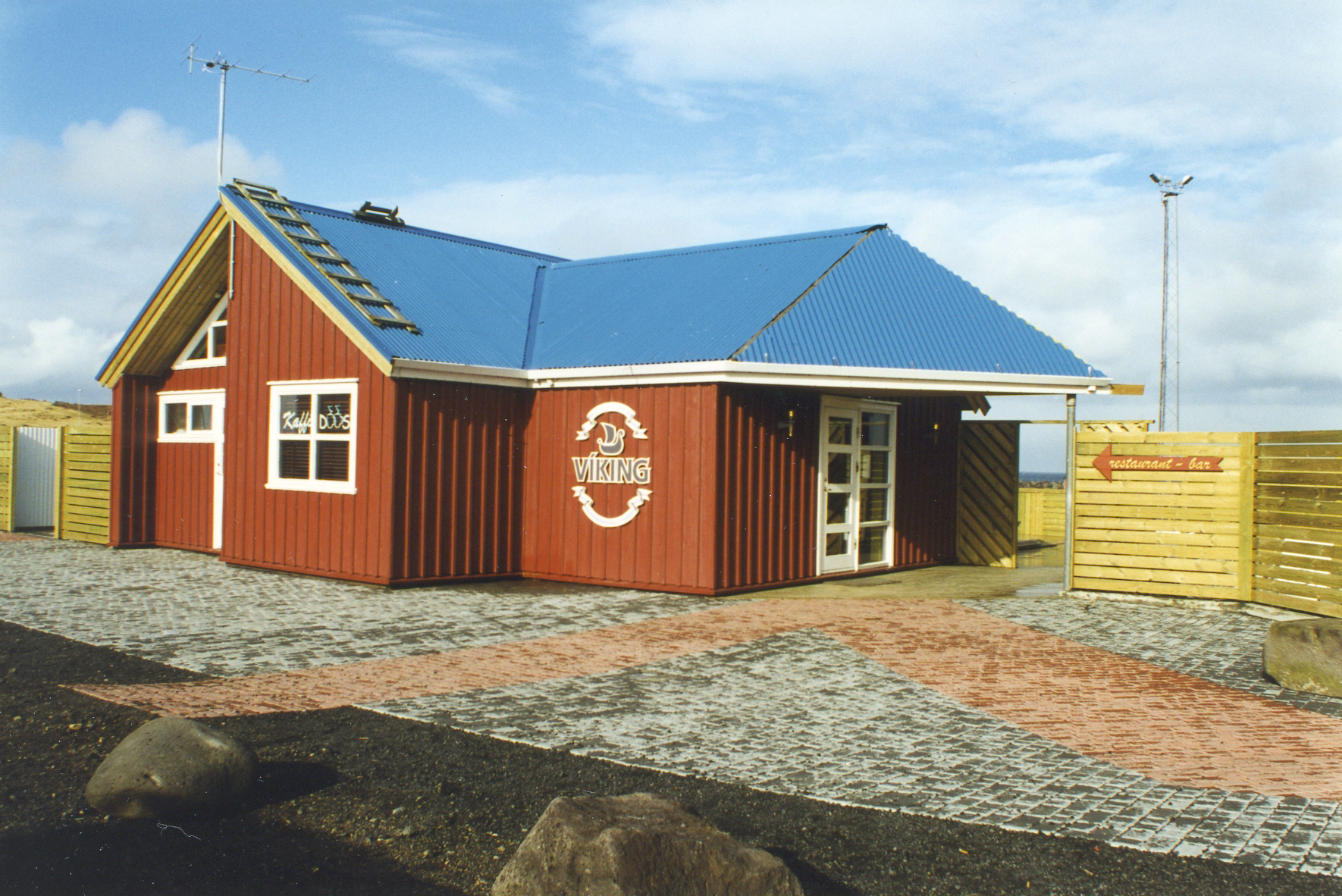 Kaffi Duus combines the facilities of a café, restaurant and a pub. We offer a cosy atmosphere and a splendid view over the Marina and surrounding areas. In good weather you can enjoy refreshments on the veranda overlooking the sea and mountains. Kaffi Duus is located in the heart of Keflavík, only a dozen meters above the floating docks at the old small-craft harbour at Grófin. Kaffi Duus opened on November 25, 1997, starting as a small café seating 35 people, offering barbeques, snacks and small courses. The café and restaurant are located in the old Duus complex by the Marina in Keflavik with a great view of Bergið (The Rock), the Marina below and the sea and mountains across the Faxaflói Bay. The impressive Rock across the Marina is bathed in lights at night.

In 2000 windows overlooking the Marina and the Rock were added to the restaurant with 75 seats. The restaurant with its panoramic view has enjoyed great popularity and pulled in customers from wide and far. In January 2008 we opened a new room accommodating 65 people with a meeting hall on the upper floor seating 30 people.

The facilities can now seat a total of 250 guests. Kaffi Duus has been in operation for 20 years, always with the same owner. Duus Museums and History The cluster of buildings that make up Duushús are among Iceland´s most remarkable and historic manmade structures. The oldest timberbuilding was completed in 1877 and the youngest concrete structure finished in 1954. The Duushús cluster was for a long time a commercial centre for the local fishing industry. Keflavik trading history can be traced back to the 16th century. Danish monopoly started in 1602 and Keflavik fell into the hands of Danish merchants. Danish influence in commerce remained strong well into the 20th century. One of the Danish merchants who practiced trade in Keflavik was Peter Duus. He and his descendants were engaged in commerce for the better part of the 19th century up until 1920. In 1848 Peter Duus bought the storehouses in Keflavik from another Danish merchant. Keflavík was a that time the largest trading centre in the southwest of Iceland.
When Duus bought the store which was to become known by his name there were two commercial centres in Keflavík but Duus was the most profitable and the only one to survive. Peter Duus and his Icelandic wife Asta introduced various innovations in Keflavik, for example a large vegetable garden.

Throughout history, the Duushús cluster has been a commercial centre for the local fishing industry and today it is renowned as a memorial museum celebrating the region’s long history with seamanship and fish processing. Today the complex includes four exhibition
centres, which house the Reykjanes Maritime Museum, the Museum of Art and the Museum of Heritage. The Cultural Centre opened its doors in the spring of 2002 when the first stage was completed. Gradually the Cultural Centre grew from a single construction to a cluster of houses representing 100 years of architectural history in the region, the oldest being from 1877 and the most recent one from 1954. The choice of materials changed significantly from timber in 1877 to concrete in 1954. A Veritable Armada of Vessels The first house to open in the Duus Centre on 11th May 2002 was Bátasalurinn, where over 100 models of the Icelandic fleet have been collected. The oldest are replicas of 19th century vessels to modern 20th century trawlers. Grímur Karlsson, a former sea captain, built the majority of the collection.